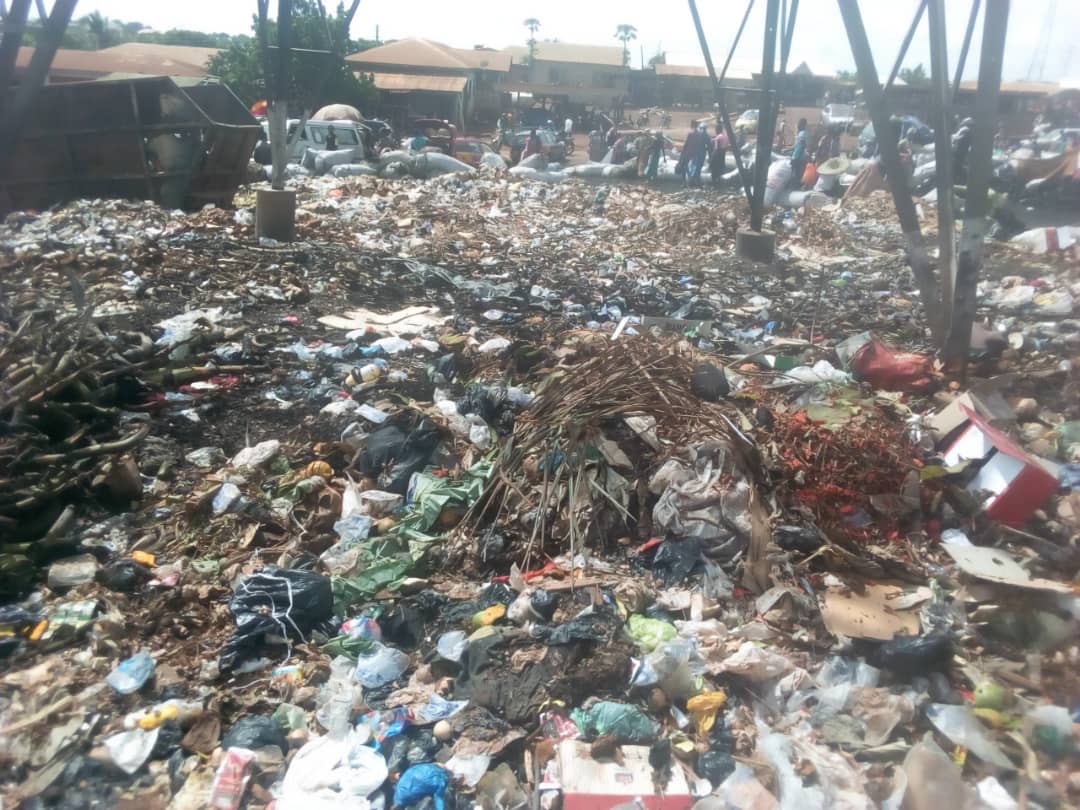 Traders at the Nana Bosoma central market (Wednesday Market) in the Sunyani Municipality have expressed much worry over poor sanitation state of the market.

“It is disturbing and an eyesore, how heaps of refuse had piled up at the central market”, they said and called on city authorities to take necessary actions to eradicate the canker.

According to them, the refuse had exposed cooked food and other food commodities sold at the market to flies and rodents.

They were much afraid that, from the onset of the rains, the situation at the market had worsen.

In an interview with journalists, Madam Affiyo, a Kenkey seller said the unpleasant smell is causing business to go down drastically, ” customers said they won’t buy from where there is bad scent”.

She said “for some months now, the city authorities have stopped lifting the refuse container and as a result contributed to an unpleasant smell at the entire market, but they always come here for market tolls”.

A plantain seller, Madam Fati Adams lamented that people living around the market had taken advantage of the dirt thereby using the area as a public refuse dump.

” In fact this situation is killing our business because flies are all over this market”, she added.

Yaa Pokua, another trader said the market women had informed the Municipal Assembly over the poor sanitation at the market but nothing had been done.