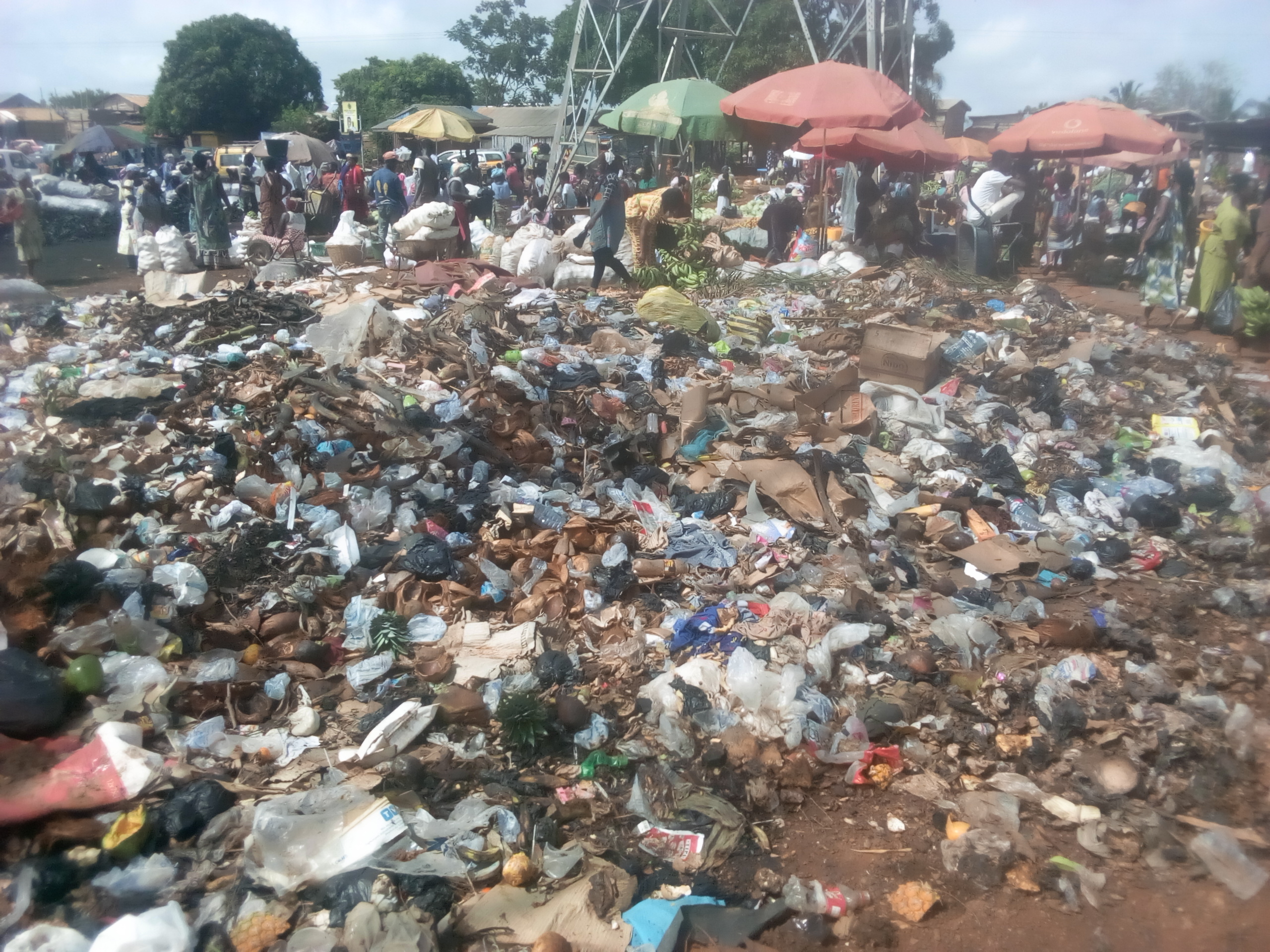 A section of citizens in Sunyani and the Sunyani Youth Development Association (SYDA) has expressed discomfort over “the reckless” of city authorities in waste and sanitation management in Sunyani.

They worried that the source of drinking water serving over 6000 residents of some farming communities in the Municipality is being polluted by dislodged sewage and solid waste from the landfill site.

“We are living in crisis, our lives are in danger”, residents of Adomako, Nkrankrom, Konto, Akyease and  Bofuokrom, farming communities and their environs in Sunyani lamented.

“We have no access to neither pipe nor borehole water, and the only stream we depend on for survival is highly polluted by dislodged sewage and refuse”.

As the Sunyani Youth Development Association (SYDA) toured the area, the situation was an eye saw because the drinking water is contaminated with both human fesses and refuse from the landfill site.

As matter of fact, the catastrophe this canker could cause would be more serious than open defecation prone environment.

This is because the dislodged liquid waste drains in its raw state direct into the only stream named after Sunyani, that was serving residents of more than eight communities.

The sad and unrealized aspect of this situation is that, the contaminated stream finds it way through Abesim into the Tano river at Tanoso.

And the Tano river is the one tapped by the Ghana Water Company Ltd to supply pipe water for the whole Sunyani and sub communities.

Speaking to Mr. Victor Akuligya, the Assembly member of the electoral area, he affirmed the need to relocate the dumping site as matter of importance.

He said the communities has “over 6000 populace depending on the stream as the only source of water for domestic and agricultural purpose”.

“The disposal site is now in the centre of the Municipality, and the growing level of pollution represents a serious health hazard to the people”, he padded.

“What is our faith in this area if epidemic break out”, the Assembly man questioned.

He called on city authorities to as matter of urgency ensure  the canker is eliminated before sadness happen to Sunyani.