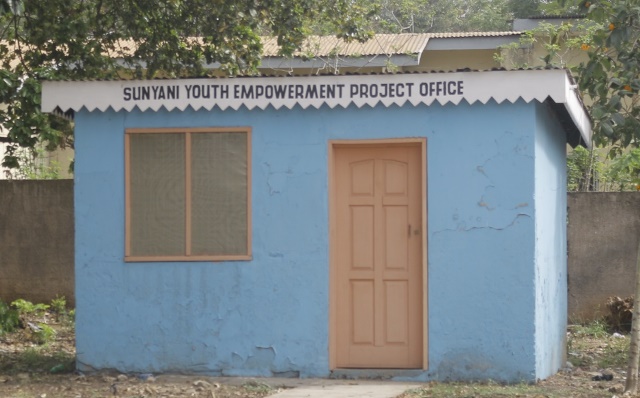 The Sunyani Traditional Council has released a land located at the Sunyani Ridge Residential Area, near the Dental Clinic for the Sunyani Youth Development Association (SYDA) for effective and smooth operation as a standard training centre for the development of Sunyani.

The released site for the Youth Empowerment Training Centre of the SYDA was known by the name “AFRC workers Canteen” (Tata restaurant), adjacent the Sunyani Municipal Hospital opposite Dr Mensah Herbal Clinic.

It was “upon perusing the Mission and Objectives of the Youth Association,” this was in documents dated 19th October 2018, signed by Nana Bosoma Asor Nkrawiri II, President and Paramount Chief of Sunyani Traditional Council.

According to the document with reference number “SYI/TC 9/Vo/4”, “The Sunyani Traditional Council therefore per this document endorses the use of the above-described land purposefully for their Youth Empowerment Training Centre and offices for their operations.

Following this development, the secretary of the Youth Association, Mr Akomea Sakyi expressed happiness that the centre would help the association to undertake all intended projects to empower the less privileged.

The fortress the termites build