A group known as Sunyani Youth Development Association (SYDA) is bemoaning the lack of development projects in the Bono regional capital.

A statement issued by the youth group noted that existing development projects have stalled for many years despite incessant calls from the indigenes.

The statement outlined some of the stalled projects as roads, the regional library, a maternity block, water expansion projects and works on the Center for National Culture.

They, therefore, called for the stalled development projects to be revived.

The Sunyani youth further suggested that future governments consider the construction of an ultramodern market, teaching hospital, sports stadium and a technical school.

Read the full statement below: 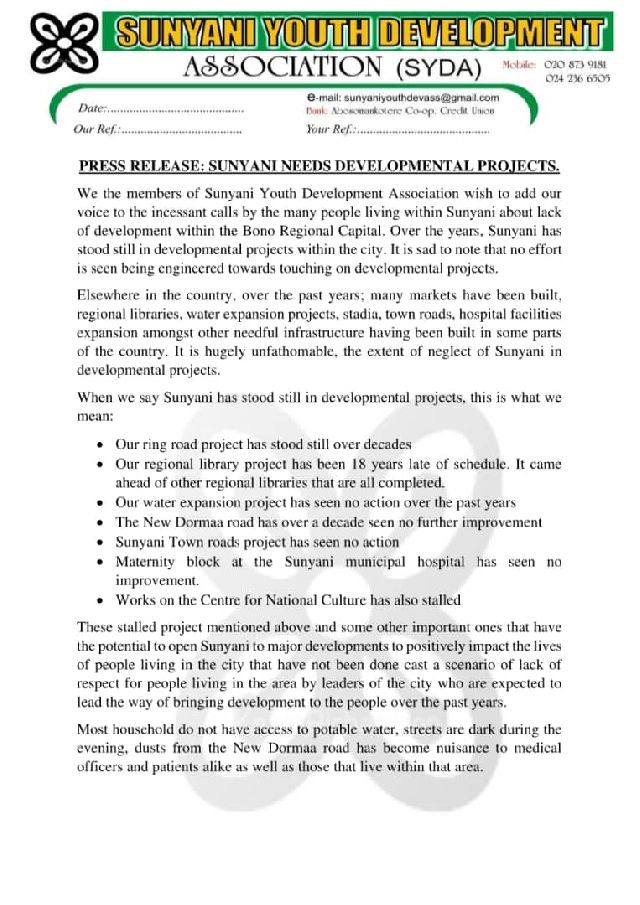 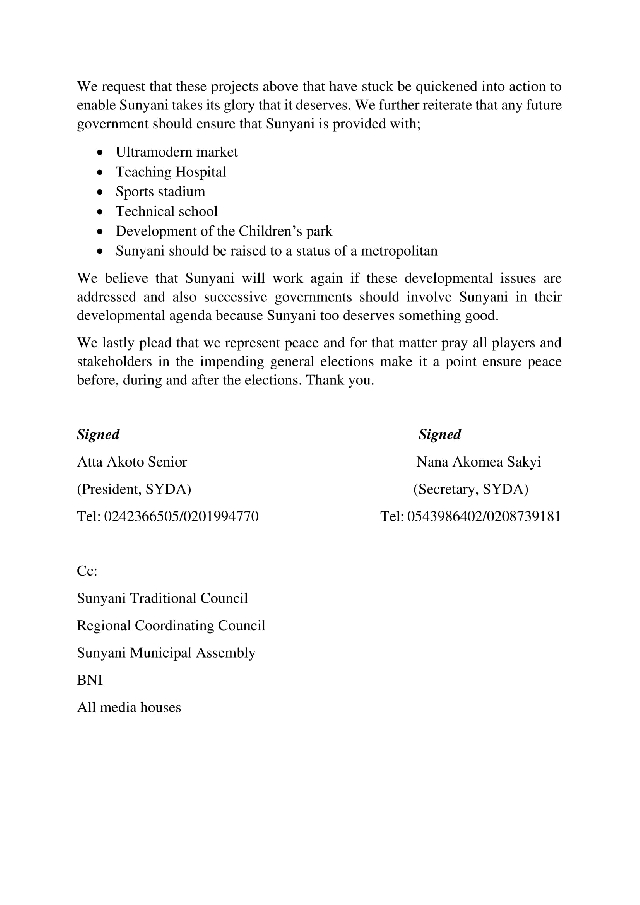